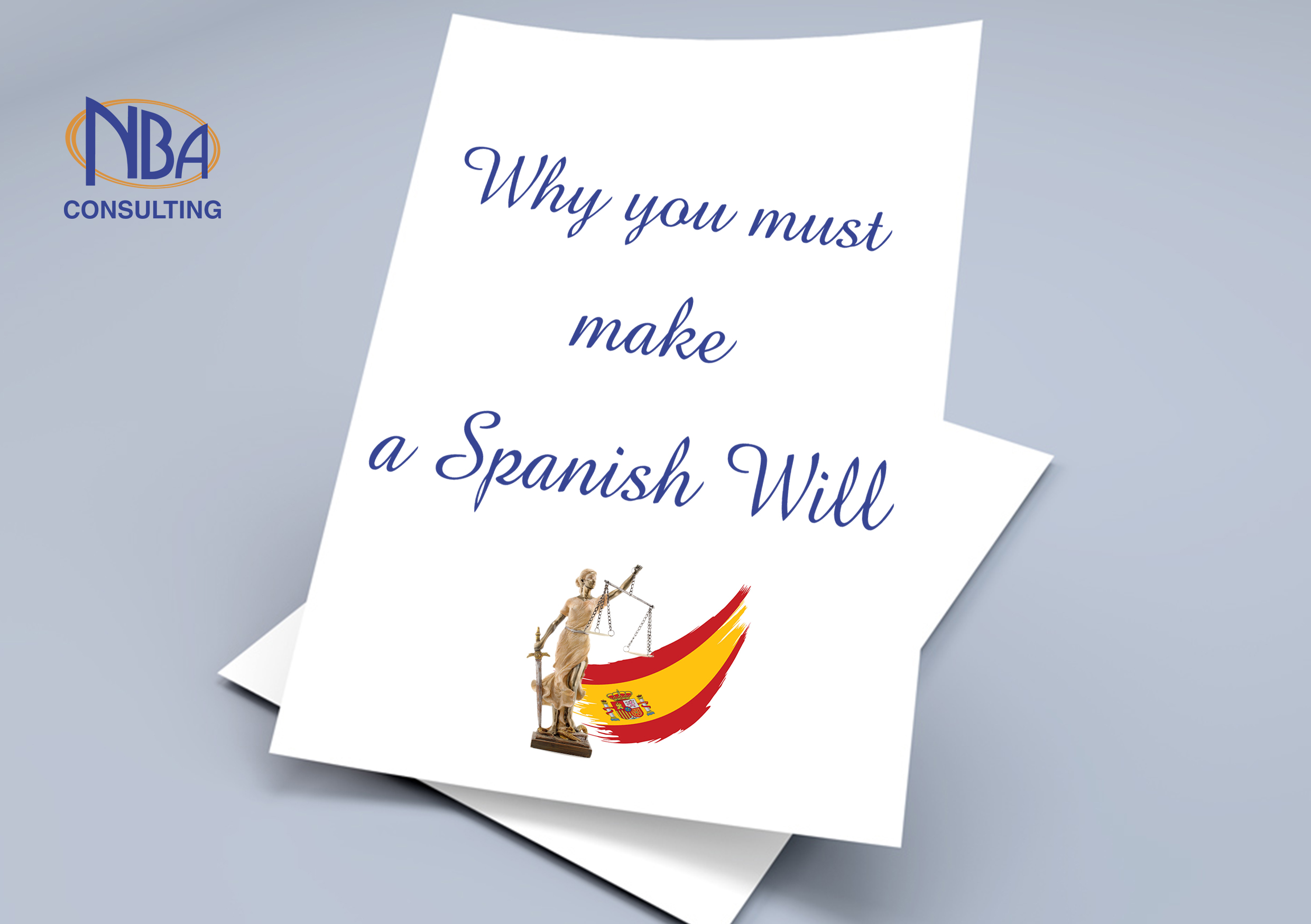 Most foreign owners of a property in Spain have never thought about how important having a Spanish will is, mainly if they have already signed a will in their countries.

A foreign will is absolutely legal to cover assets in Spain as inheritances are rule by the national law of the grantor –wherever assets are. However, the heritage is subjected to Spanish Inheritance Tax (only Spanish assets) and in Spain the term of payment is only of 6 months.

Then, taking into account these points, if you sign a will in Spain, the inheritance process will be easier, quicker and less complicated for your heirs. Think about the fact that making a foreign will valid to be used in Spain will require of sworn translations, Apostille of the Hague, Probates…lots of documents that may delay the inheritance signature and so the inheritance tax payment. At the end, high expenses, surcharges and penalties.

Signing a Spanish will is one of the easiest and cheapest procedures. You only have to explain to your solicitor the way you want to leave your assets in case of deceased. Solicitors can give you advice about the legality of the will content to be sure is made according to the Law. Moreover, they can draw a draft of the will in two languages, Spanish and your own language, so you can read it and confirm its content. After approval, your solicitor will arrange an appointment with a notary to make the will official and you will receive a copy to keep in your file of Spanish paperwork.

In conclusion, think about Spanish will as one of the documents you should have after buying a property in Spain.